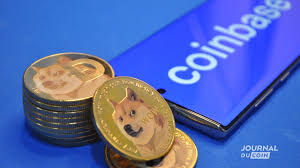 Dogecoin jumped over 25% last week after Coinbase announced it would list the crypto on its Pro and Core platforms.

The listing wasn’t as exciting as investors hoped, though. 🤷 By the time DOGE went live on Coinbase Pro, the crypto had already bounced well off its weekly high. DOGE slid throughout the weekend and now trades at $0.3584.

But there may still be hope. We’ll see if the infamous  “Coinbase Effect” works its magic on Dogecoin.

Messari Research coined the term after observing that Coinbase’s newly-added cryptos nearly double on average within five days after listing.

So far, Dogecoin could be an outlier— it’s not a done deal yet, bulls. But that’s unlikely to stop Coinbase from celebrating its latest listing. The exchange is offering $1.2M of DOGE in a giveaway to celebrate. 🥂