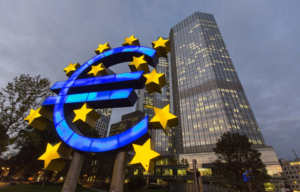 Currency markets have relatively low volatility since the beginning of the week. This fact makes perfect sense because tomorrow (Thursday) there are two major events: the ECB Interest Rates decision along with the Monetary Policy Statement & Press Conference and the very important announcement of the US Inflation in May.
According to the expectations, ECB does not have serious reasons to change the Interest Rates and the Monetary Policy in the Eurozone as the Inflation is low and the growth is still far away from the defined targets. Of course, the Press Conference is expected by the markets because any word or element may be significant.
The YoY US Inflation in April was 4.2% which is the highest rate since the crisis of 2008 but the expectancy in May is even higher, at 4.7%. In case of an actual result, higher than the expectations, the markets anticipate a reaction from the Fed regarding the tapering which may boost USD. There are also certain opinions that high Inflation may be transitory and just a result of the limited production during the last months due to the lockdown.
The week will close in with the G7 meeting and expected topics of discussion include developing a response to the COVID-19 pandemic and climate change. There are also voices that there will be a suggestion for a common commercial tax rate but according to the latest developments, this fact faces opposition in US Congress.
EURUSD (current price 1.2214) this week is bullish so far as the Employment Change and the GDP in Eurozone announced above the expectations. USD appears weak because the market anticipation is that the Fed will not speed up the tapering, no matter what the Inflation rate will be.  There is an important resistance at 1.2270 and important support at 1.21 but tomorrow, on such a volatile day, technical analysis may be proved weak.
GBPUSD (current price 1.4156) started the week bullishly, reaching up to the price area of 1.4190 but very soon it turned out to a bearish trend as the European Union threatens to react ‘swiftly, firmly and resolutely’ if the UK ignores the Northern Ireland protocol obligations. Without any other important news & announcements in the UK so far, the pair is driven by these Brexit concerns and the USD trend. The US Inflation release tomorrow will increase the volatility and we expect to see if GBPUSD can break out the range between 1.4080 and 1.4250 which is a sideways channel for the last 3 weeks.
USDJPY (current price 109.25) has been moving without a clear direction since the beginning of the week. moving in a very tight range of 40 pips. US 10-year bond yields dropped to 1.48% and this fact has given a mild bearish direction to the pair but the key event of the week is the US Inflation announcement tomorrow that may turn things upside down. The Japanese Leading Economic Index and the Japanese GDP beat the market expectations and JPY took some more credits as well. Below 108.55 there are good chances for a downtrend.