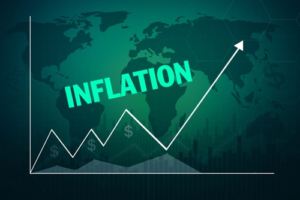 DISCLAIMER: The information produced by a-Quant is of a general nature only. It is not personal financial advice. It does not take into account your objectives, financial situation, and personal needs.

Bearish is the USD this week. The USD Index opened at 92.68 and it is currently moving at 92.47, as the negative image of the dollar has been preserved from the previous week, after Jerome Powell’s speech at Jackson Hole Symposium, where he said that the tapering (reducing of the bond-buying program from Fed) is appropriate to start within the current year. Moreover, the Chicago Purchasing Managers’ Index and the Housing Price Index in the USA were both announced below expectations, developing an even worse outlook for the dollar.
The inflation was announced in the Eurozone at 3% in August which is significantly higher than the previous value of 2.2% and much higher than the expectations of 2.7%. It means that inflation is now a big issue in the Eurozone as well and the ECB sooner or later may review its Monetary Policy. Maybe this is another factor that makes the euro appear strong.

EURUSD (current price 1.1839) is bullish this week, especially today. The Industrial Confidence in the Eurozone was better than expected and the Unemployment Rate was released at 7.6%, just as it was expected. The Unemployment Rate in Germany was slightly better than expected but the important news of the week was the inflation announcement in the Eurozone, as we saw above. The weakness of the dollar dominates the pair but it takes a bullish breakout above 1.19 to build an uptrend.

GBPUSD (current price 1.3780) is bullish today and rather neutral at the beginning of the week. USD is weak and after the Bank Holiday, the UK announced the Manufacturing PMI today at 60.3 vs 60.1 expected the sterling took more credits. Above 1.38, the pair can move even higher.