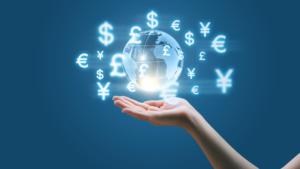 Although the US dollar has had a mild correction during the last two days, the week is bullish so far. The big drop in the US stock Indices has caused a certain demand for the dollar, helped by the increase of the bond yields (the US 10-year bond yield touched 1.56% during the current week which is the highest price since last June). There’s a risk-off mood to the investors who have certain worries from Federal Reserve tapering to stagflation and setbacks for U.S. President Joe Biden’s big-spending plans, as Bloomberg underlines.
A few hours ago, the inflation of the Eurozone was released at 3.4% vs expectations of 3.3% but it was something that was being ignored by the markets. The loose Monetary Policy of the ECB has been confirmed and so the shared currency is weak. The US ISM Manufa
EURUSD (current price 1.1578) has had the most bearish week of the last 3.5 months, mostly due to the strength of the USD. The macros of the Eurozone and Germany that have been announced lately are not bad at all but the markets consider most the strength of the USD, driven by the risk-off mood, the sharp correction of the stock markets, and the higher bond yields. Technically, the next support exists at 1.1420 but many analysts predict prices like 1.13 until the end of the current year.
GBPUSD (current price 1.3511) is trying to recover yesterday and today but the bearish week should be taken for granted. The UK economy has serious issues, mostly due to the shortages in basic goods like food and fuels. The pair has some bullish reaction though because the latest announcements were encouraging enough: the UK Q2 2021 GDP rose by 5.5%, a price that surprised the markets and the Markit Manufacturing PMI announced at 57.1 vs 56.3 expected. There’s room for GBPUSD to extend its downtrend, to much lower prices.
USDJPY (current price 111.09) performs a serious correction during the last hours but it is still bullish within the week. The strength of the USD is given but the correction in the bond yields does not allow USDJPY to move higher so it returned below the major resistance of 111.65. The Bank of Japan through its Governor Kuroda stated that the support to Japan’s economic recovery through stimulus will carry on. The Industrial Production in Japan for August surprised the markets as it was announced at 9.3% vs 4.3% expected. It takes a bearish break-out below 110.30 for the pair to lose its uptrend so a bullish come-back may be expected.