0 0   
By aquant Blog May 4, 2022
London 04/05/2022
The markets are aligned to watch the decision of interest rates by the Fed today as it is the major event of the week. The expectancy is for a 50 bps rise in interest rates and according to the analysts, there may be several hikes until the end of the year. The volatility is relatively low due to the expectation of the FOMC. The US dollar he’s practically unchanged this week until now.  In Europe, the latest statements of the  European Commission President von der Layen about the embargo of the oil from Russia have brought a significant rise in the oil prices and the general concern in the markets. 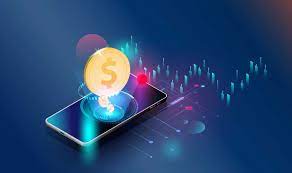 EURUSD (current price at 1.0555) Is mildly bullish this week in very low volatility because as it seems, the markets are waiting for the FOMC  in a few hours and the jobs market announcement on Friday. The PMIs were announced yesterday in the US lower than the expectations and this fact has weakened the US dollar a bit. In the Eurozone, the unemployment rate and the retail sales were both announced below markets’ expectations but the major concern in the European economy has to do with the energy crisis and the very low interest rates. We expect the volatility to increase and since the trend of the pair is bearish,  we have to consider the next support it 1.0340.
GBPUSD (current price at 1.2498) is bearish this week, following the weakness of the Sterling the car started several weeks ago. Both the Fed and the Bank of England are expected to hike the interest rates this week but the Fed seems more hawkish to the markets & investors. The economic calendar of the UK was relatively empty this week so far so the sense of the markets regarding the central banks’ decision and the impact of the war on the UK economy are the drivers of the pair’s trend. The downtrend is confirmed and only a surprise from the central banks may change the pair’s outlook.
USDJPY (current price at 129.93) Is sitting exactly on the Milestone price of 130, waiting just like all the other US pairs, the interest rates decision from Fed and the monetary policy. The bond yields keep on rising, helping the uptrend of the pair, and given the weakness of the Japanese currency due to the loose monetary policy from the Bank of Japan, the trend is bullish.
DISCLAIMER: The information produced by a-Quant is of a general nature only. It is not personal financial advice. It does not take into account your objectives, financial situation, and personal needs.